The architectural design of the Museum of the Pilecki Family House in Ostrów Mazowiecka was a competition task. The newly designed facility, according to the concept, will constitute the background for the existing building. New house will be the primary exhibition, not only the frame for other part. The new building lump does not dominate the house from the street and the main entrance.

The building character is emphasized in a subtle and minimalistic way which represent its unique, autonomous style. The horizontal building has been proposed, which through the play of closures and openings, empty and full elements as well as the spread of the block, blends into the designed garden layout. Selected materials and the gray brick corresponds with traditional forms of the fence and emphasizes the horizontal layout of the building.

The idea of “openness” and “closing” of the newly designed building is accompanied by a plan based on the same contrast. The closed parts of building performing the “quiet” functions separate an open, multi-purpose entrance hall connected with the surroundings by a view-sequence.

3rd place in the national competition. 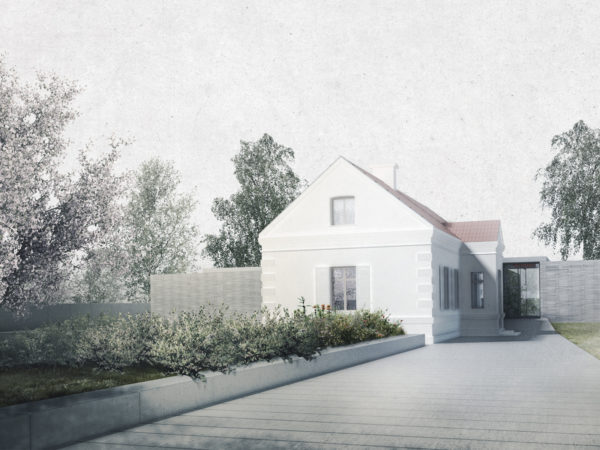 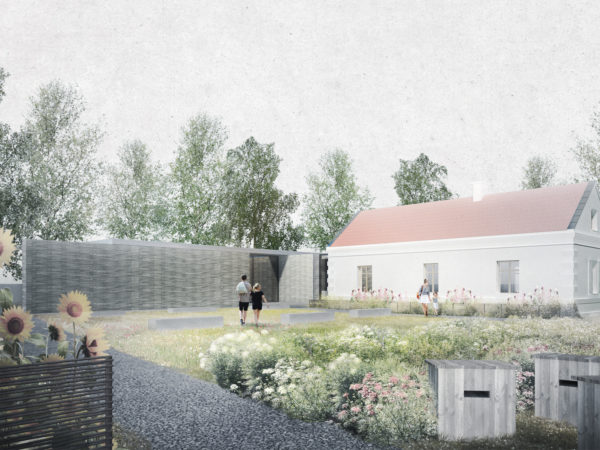 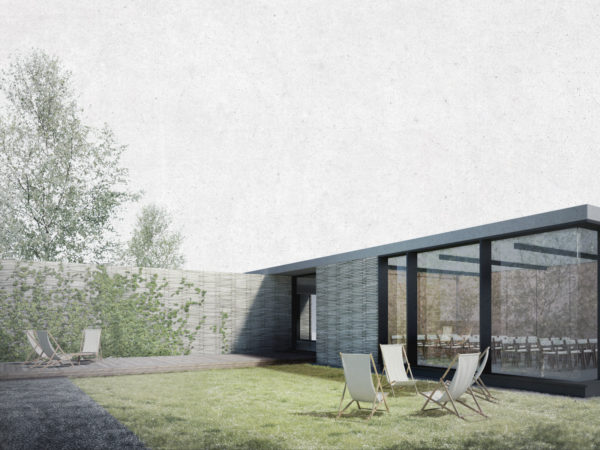 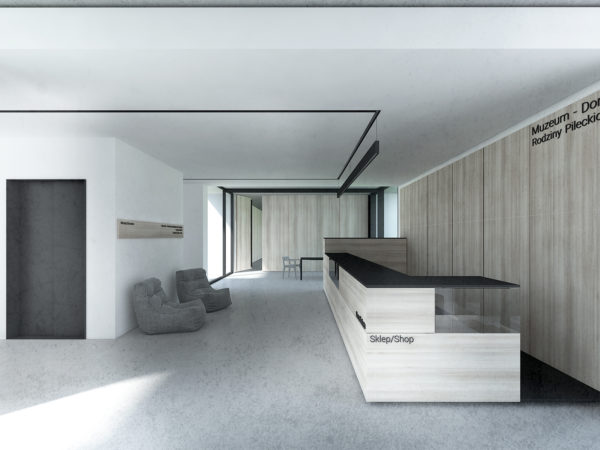 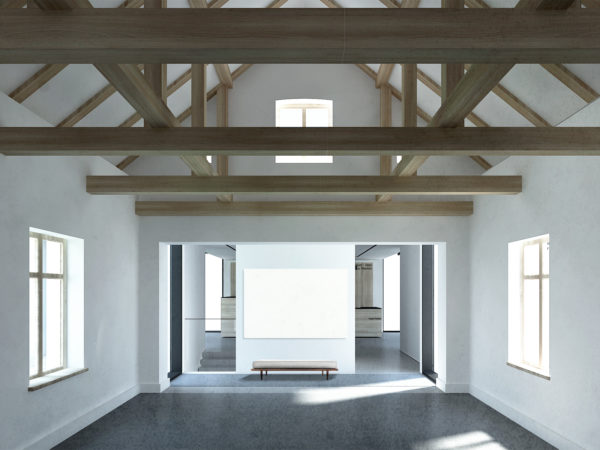 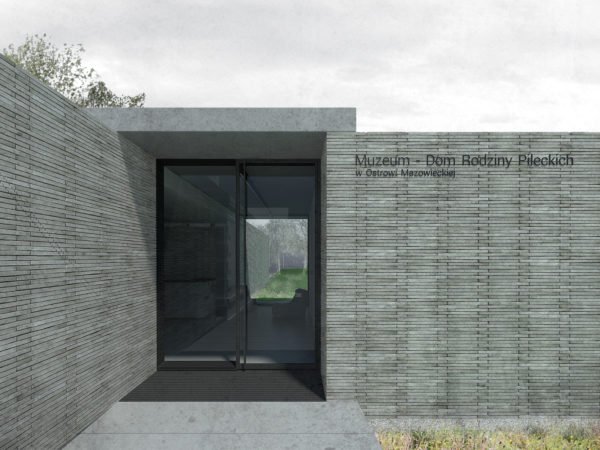